The Official Raspberry Pi 3 is available now online for just $35 with the features like quad-core ARMv8 Cortex-A53 CPU, Bluetooth 4.1, and integrated 802.11n WiFi. The price is same as the existing model of Raspberry Pi 2 and is completely compatible with the Raspberry Pi 1 and 2 both.

Know certain things about the Raspberry Pi 3 Model B:

With the powerful ARMv8 Cortex quad-core processor and 1.2GHz per core processing speed, make the Raspberry Pi 3 to perform almost 75% more than the previous models of Raspberry Pi (tested on a single core as featured for the Pi 1 model B+). To run the Pi 3 device, you need to install the copy of the NOOBS or Raspbian Operating system from the official Raspberry Pi Download page. You can also download the Ubuntu Linux or Pinet like the third-party Operating Systems to manage the Pi 3 in classrooms. The Raspberry Pi 3 also supports the Windows 10 IoT (Internet of Things) for using an embedded version of the OS to run the device.

“Since the first-ever model of Raspberry Pi was introduced, we have shipped over 8 million units of the Pi devices” – said by Eben Upton, the founder of the Raspberry Pi. “The company has over 60 full-time employees today”- he added.

Should you go for the Raspberry Pi 3 or not?

The Raspberry Pi 3 is worth not only for the faster processor speed but is providing an inclination of the future of the Raspberry Pi platform. The 64-bit Chipset allows it to have better support for the Operating Systems like never before. The inbuilt Bluetooth and WiFi support are a welcoming feature. It has all the features, that you can replace this small board with your desktop computer! For the features the Raspberry Pi 3 Model B has, it is completely worth buying it for $35! 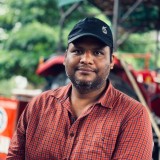 Azad Shaikh is an internet geek at heart. Azad like to write about anything related to computers, internet, hacking, business and marketing. He is a computer engineering graduate and certified ethical hacker.